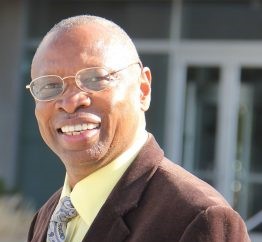 Dr. Njoroge is currently The Chief Scientific Adviser at Kenyatta University Teaching, Referral & Research Hospital (KUTRRH). Previously, a Senior Research Fellow at Eli Lilly and Company and a former Director in the Department of Medicinal Chemistry at Merck Research Laboratories where he oversaw chemistry program in infectious diseases platform. Through his research leadership at Merck, an anti-HCV viral drug Victrelis™ (also known as Boceprevir or SCH 503034) was discovered – this medicine was approved by Food and Drug Administration (FDA) on May 13th, 2011 as the first-in-class therapy for Hepatitis C treatment. Dr. Njoroge led his chemistry in the discovery of the second-generation HCV protease inhibitor Narlaprevir® that has completed Phase IIb clinical trials and is currently marketed in Russia as Arlansa. He has also worked extensively in the oncology area, especially in the discovery of therapeutic agents geared towards intervention of signal trunsduction process in proliferating cells: this work led to discovery of Sarasar®, a farnesyl transferase inhibitor that has been approved for treatment of Progeria –a life threatening disease that cause accelerated aging in kids. A graduate of University of Nairobi, first class honors, George completed his Ph.D. in organic chemistry at Case Western Reserve University, Cleveland, Ohio in 1985 and joined Schering Plough Research Institute (SPRI) in 1988. Dr. Njoroge has published extensively in professional journals on synthetic organic chemistry and drug design. Dr. Njoroge is an author or coauthor of 134 scientific publications and 104 USA granted patents. Dr. Njoroge was inducted into “Hall of Fame” as the latest Hero of Chemistry by the American Chemical Society (ACS) at a ceremony held in Philadelphia on August 19th 2012. He is a recipient of numerous awards, including Emerald Award for Professional Achievement in Industry and Thomas Alva Edison Patent Award for emerging therapies. Dr. Njoroge was conferred with an Honorary Degree of Pharmaceutical Science by Mount Kenya University in the summer of 2014. On July 14th, 2018, Dr. Njoroge was honored with Pioneer Award for Impact in Science & Medicine by Face-to-Face Africa organization in New York. Dr. Njoroge is the Founder of Centre of Africa’s Life Sciences (C.O.A.L.S), a premier institution that is being established in Naivasha, Kenya with the primary goal of searching and developing novel medicines in the continent of Africa.